Early on Sunday morning, while it was still dark, Mary Magdalene came to the tomb and found that the stone had been rolled away from the entrance. She ran and found Simon Peter and the other disciple, the one whom Jesus loved. She said, “They have taken the Lord’s body out of the tomb, and we don’t know where they have put him!”
Peter and the other disciple started out for the tomb. They were both running, but the other disciple outran Peter and reached the tomb first. He stooped and looked in and saw the linen wrappings lying there, but he didn’t go in. Then Simon Peter arrived and went inside. He also noticed the linen wrappings lying there, while the cloth that had covered Jesus’ head was folded up and lying apart from the other wrappings. Then the disciple who had reached the tomb first also went in, and he saw and believed—for until then they still hadn’t understood the Scriptures that said Jesus must rise from the dead. (John 20:1-9)
After Jesus was condemned to death, he was stripped of his clothing and was whipped, according to Roman custom, before his Crucifixion. Given the brutality of the whipping, as well as his subsequent Crucifixion, it is historically certain that Jesus was dead. Even the members of the radical Jesus Seminar, which was popular in the 1990s, accepted the death of Jesus. This is why John Dominic Crossan said that the death of Jesus by crucifixion “is as sure as anything historical can ever be.”*1
Then, in accordance with Jewish burial customs, the body of Jesus was placed in a solid rock tomb and an extremely large stone, weighing approximately two tons, was rolled by means of levers against the entrance (see Matthew 27:60).
A Roman guard of strictly disciplined men was stationed to watch the tomb. Fear of punishment among these men “produced flawless attention to duty, especially in the night watches.”*2 This guard affixed on the tomb the Roman seal, a stamp of Roman power and authority.*3
Yet in spite of the guard and the seal, on the third day after Christ’s crucifixion, the tomb was empty. The massive stone was moved not just from the entrance but from the entire sepulcher, looking as if it had been picked up and carried away.*4
Some have advanced the theory that the apostles stole Jesus’s body, yet as J. N. D. Anderson says, “This would run totally contrary to all we know of them: their ethical teaching, the quality of their lives, their steadfastness in suffering and persecution.”*5 And if, as some claim, the disciples had merely gone to the wrong tomb . . . or the authorities had moved the body . . . or even if the appearances of Jesus after the Resurrection were just hallucinations, why did those opposed to Jesus not simply produce his body, thus effectively squelching for all time any rumor of a Resurrection?
Arthur Michael Ramsey, former archbishop of Canterbury, writes, “I believe in the Resurrection, partly because a series of facts are unaccountable without it.”*6 The empty tomb was “too notorious to be denied.”7 German theologian Paul Althaus states that the claim of the Resurrection “could not have been maintained in Jerusalem for a single day, for a single hour, if the emptiness of the tomb had not been established as a fact for all concerned.”*8

Early on the first day of the week, while it was still dark, Mary Magdalene went to the tomb and saw that the stone had been removed from the entrance. So she came running to Simon Peter and the other disciple, the one Jesus loved, and said, ‘They have taken the Lord out of the tomb, and we don’t know where they have put him!’  So Peter and the other disciple started for the tomb. Both were running, but the other disciple outran Peter and reached the tomb first. He bent over and looked in at the strips of linen lying there but did not go in. Then Simon Peter came along behind him and went straight into the tomb. He saw the strips of linen lying there, as well as the cloth that had been wrapped round Jesus’ head. The cloth was still lying in its place, separate from the linen. Finally the other disciple, who had reached the tomb first, also went inside. He saw and believed. (They still did not understand from Scripture that Jesus had to rise from the dead.)

When God Wants To Drill A Man 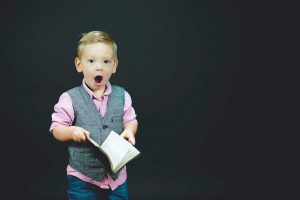 Are There Two Jesuses?

“David your food is getting cold”, Sarah called, as her six year old son was glued to his Bible.She snatched the Bible from him angrily.“I’ve told you I’m late for 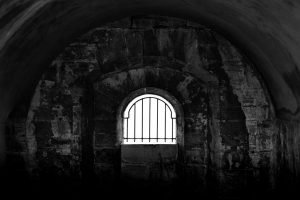 a. Do not present your members as instruments of unrighteousness to sin, but present yourselves to God: A person can be “officially” set free, yet still imprisoned. If a person